The sound-video performance echo 10-9 takes place on the nano and micro level. With a clear analog esthetic it demonstrates the formal characteristics of materials, which are transformed on the spot, creating ambient a/v landscapes.

The development of the echo 10-9 project is based on research and experiments with ferrofluids, oils and nanobots which create their own choreography in relation to different micro- and macro fluids, nanomaterials and magnetic reaction fields, in unison with physical and chemical effects. With their interventions, the authors stimulate the self-generated or autopoietic chemical reactions on multiple levels, influencing the sonic composition and choreography between the nanobots.

The combination of physics, chemistry and computer vision creates an immersive environment and reveals invisible fields that create (auto)poetic effects with the sensory experience. By expanding the sensory specter the performance challenges the question of perception and arouses the idea of small-size worlds with different laws, co-existing on different levels – like an insight into a new dimension, or having the possibility to think the world differently. Robertina Šebjanič / based in Ljubljana /

In her art practice she is interested working in the field of humanist and natural science in the context of Living systems, AV performances and installations. The context for her ideas and concepts is often realized in collaboration with other authors, and thus through interdisciplinary and informal integration embodies in her work. She is member of BioTehnaLab, HacteriaLab and Theremidi orchestra.

Between 2008 and 2012 she was a programme manager at Ljudmila, between 2013 and 2014 she was working as mission and programme developer at KSEVT – Cultural Centre of European Space Technologies.

Aleš Hieng – Zergon (1984) is a chemical engineer and a musical performer. His improvised live performances are characterized by analog-produced and modulated sounds and noises combined with field recordings, as well the use of personally created electronic sound devices. 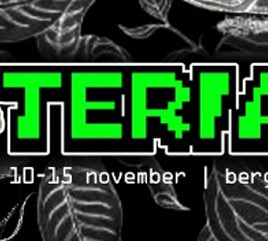 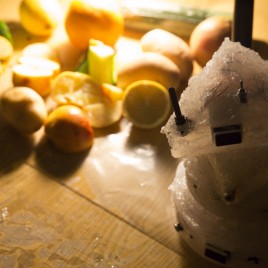 Davide Bevilacqua, Alberto Boem Ursuppe (“primordial soup” in German) is a project about the autonomous development of complex hybrid systems that functionally combine together unities of org...