This audiovisual performance will be the next stage in the evolution of the piece intervention:coaction, first performed under the heading ‘untitled 2012’ at PikselX.

The project is a live, audiovisual, beat-and-noise-based performance work. The intention is to create a symbiotic system, in which live decision making by the performer impacts on both the audio and visual components of the work but also in which both the audio and visual components can interact with one another, causing behaviours that are not directly controlled by the system performer. There is also an element of chaotic behaviour built into the system, causing unpredictable audio and visual outcomes. The latest stage in the evolution of the performance is to include sonic and visual material directly generated by the activity of performer in the audiovisual outcome of the work. Louise Harris is an electronic and audiovisual composer. She is also Lecturer in Sonic and Audiovisual Practices at The University of Glasgow. 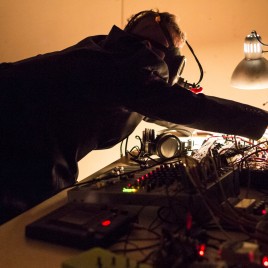 Dr Nexus ... and never before or after ... Bio Dr Nexus Germany Dr. Nexus is world wide well known for his punk ass attitude which pretty much already there describes his approach ... 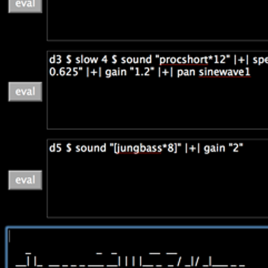