Malte Steiner and Wolfgang Spahn are exploring the artistic potential of embedded open source systems. These platforms gives the possibility to combine quite a lot of independent devices to create a more powerful system than most single computer can provide. Open Source and Open Hardware gives the possibility to access all resources of the used embedded systems, to build a network with full control at the same time.

Both artists developed a system that made it possible to control simultaneously up to 255 independent embedded platforms and keep the costs low by using the cheap mini computer Raspberry Pi. Each individual Raspberry Pi runs a python program that controls the Omxplayer, the Raspicam, Open GL objects and a Paper-Duino-Pi Board with all its analog in and outputs. This Python program can be again controlled with the Open Sound Control protocol. All embedded systems in the network are connected via Ethernet for exchanging OSC messages. Involved in several open source projects like his Linux softwaresynthesizer ‘Minicomputer’ and the OSC middleware ‘contrOSC’.

One of the latest installations is created while being artist in Residency in Chile 2011 in Open City (La Ciudad Abierta) Of Ritoque, creating the installation Impossible City with PD, shown in Chile, Norway and Germany.

Created 2012 one of the first interactive artpieces with electronic paper.

Wolfgang Spahn is a visual artist based in Berlin. His work includes interactive installations, videos, projections, and miniature-slide-paintings. He studied mathematics and sociology in Regensburg and Berlin. He currently teaches at Medienwerkstatt BBK Berlin, and is associated lecturer at the University of Oldenburg, Institute of Art and Visual Culture.

International exhibitions (selection): 2000 Biennial of young Art in Genua, Italy, 2003 The Kosovo Art Gallery in Pristina, Kosovo, 2005 Biennial in Prague, Czech Republic, 2008 and 2009 Internationales Klangkunstfest in Berlin, 2009 The Art of the Overhead in Malmö, Sweden, PIXEL09 and 13 in Bergen, Norway, 2010 Biennial Of Miniature Art in Serbia, 2010 Media-Scape in Zagreb, Croatia, Transmediale 2012 and 2014, Berlin. 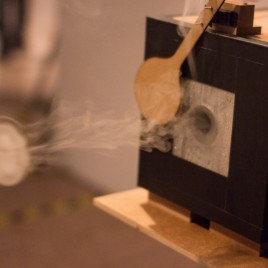 Jakob Kilian, Niklas Isselburg While digital Data in the form of binary codes was primarily transferred through cables at the turn of the millennium, we are currently confronted with a rise of wire... 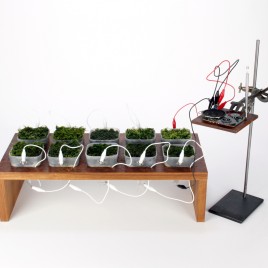