“In 1963 Edward Lorenz, working as a meteorologist, evolved a topological model for “describing” various state-changes in a thermodynamic system during the onset of turbulence. This model, which ostensibly plots sets of coordinates of evolving “chaos,” exposes unanticipated patterns in a seemingly random constellation of effects graphed in two-dimensional phase-space. The locus of these emergent “patterns” is known as the “strange attractor” and has a characteristic visual representation which resembles a convoluted multi-skeined cross-section of something whose contour suggests a Möbius strip or feedback-loop set in a kind of oscillation around an imaginary axis—imaginary because it only exists as a product of a statistical procedure. The distinctive feature of the Strange Attractor is that the patterns it describes never intersect—their vectors are non-repeating.” (Iza Tarasewicz, THE STRANGE ATTRACTORS Louis Armand) Experimental artist, independent researcher and programmer working in the fields of sound art, installations, interactive and generative systems, performances and net radioart. Also active under the moniker noish~, is an electronic sound artist based since some time in Barcelona. A firm opensource advocate, he develops his own tools for realtime sound synthesis and processing, with which he delivers raw sonic streams generated by algorithmic and chaotic methods. His music has been released on the Free Software Series, Uzusounds, Drone Records and tecnoNucleo, among other labels, and presented live across Europe and Latin America. Martín is also behind the MetaminaFNR streaming project, a generative on-line radio, and editor of UrsonateFanzine, a publication focused on the Spanish experimental sound and music scene. He do independents workshops about floss tools, generative systems and experimental music.
MetaminaFNR : http://metaminafnr.hotglue.me/
ursonatefanzine : http://ursonatefanzine.tk/ 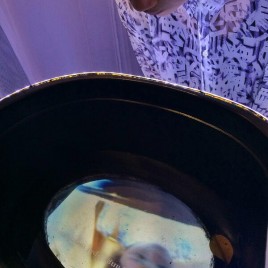 WATI: The Domestic Hacking ProjectWati is an imaginary figure whose name was taken from our school textbooks, a once common Indonesian name representing the female identity. To us, Wati is the quintes... 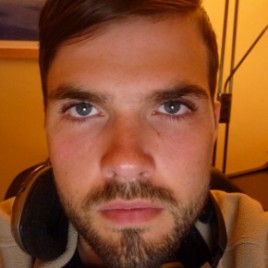 Hlöðver Sigurðsson This improvisation will be performed using Overtone where my goal is to use my own dynamic programmable sounds that can be transposedin algorithmic manner harvesting the power...