Wati is an imaginary figure whose name was taken from our school textbooks, a once common Indonesian name representing the female identity. To us, Wati is the quintessential Indonesian woman. The name’s popularity has since declined as parents prefer more “modern” names. Time has got the better of Wati, but her soul is still alive, negotiating with the era.

In the past, like most women, Wati was tied to domestic chores in the kitchen. Now she has bigger space to move about; her kitchen is not merely a place to cook for her family, but also her playground, her laboratory, a source of inspiration. As with many women (including us!), Wati enjoys fashion and wants to make her own clothes that represent her identity, clothes she can grow in her kitchen.

We experimented with common food items, spices, food waste and other microorganisms in Wati’s kitchen to make fabric dye for her clothing: turmeric, rosella, gambir, secang, sweet potatoes and more. The ingredients were heated and fermented into natural dyes that are safe for the environment and as vibrant in colour as synthetic dyes. The dyes are applied using equipment hacked from common household items. Wati wears tempeh fungus as jewellery, while a different type of fungus lends a pattern to the fabric.

XXLab is an all-female collective based in Yogyakarta, Indonesia with members from interdisciplinary backgrounds and practices. XXLab was founded in 2013 following a series of workshops called Ms Balthazar ID. The open collective focuses on hacking and making, using objects from daily life along with open source software/hardware. Instead of talking about gender and feminism issues, they choose to explore the issues of their womanhood. Women from any background and interest can join XXLab and explore their own issues and interests. Plenty of women artists and makers have worked in this group. 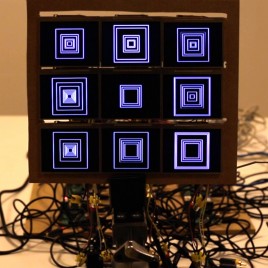 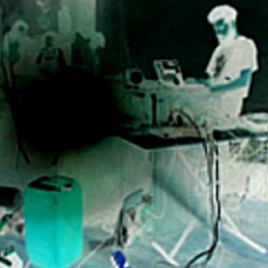